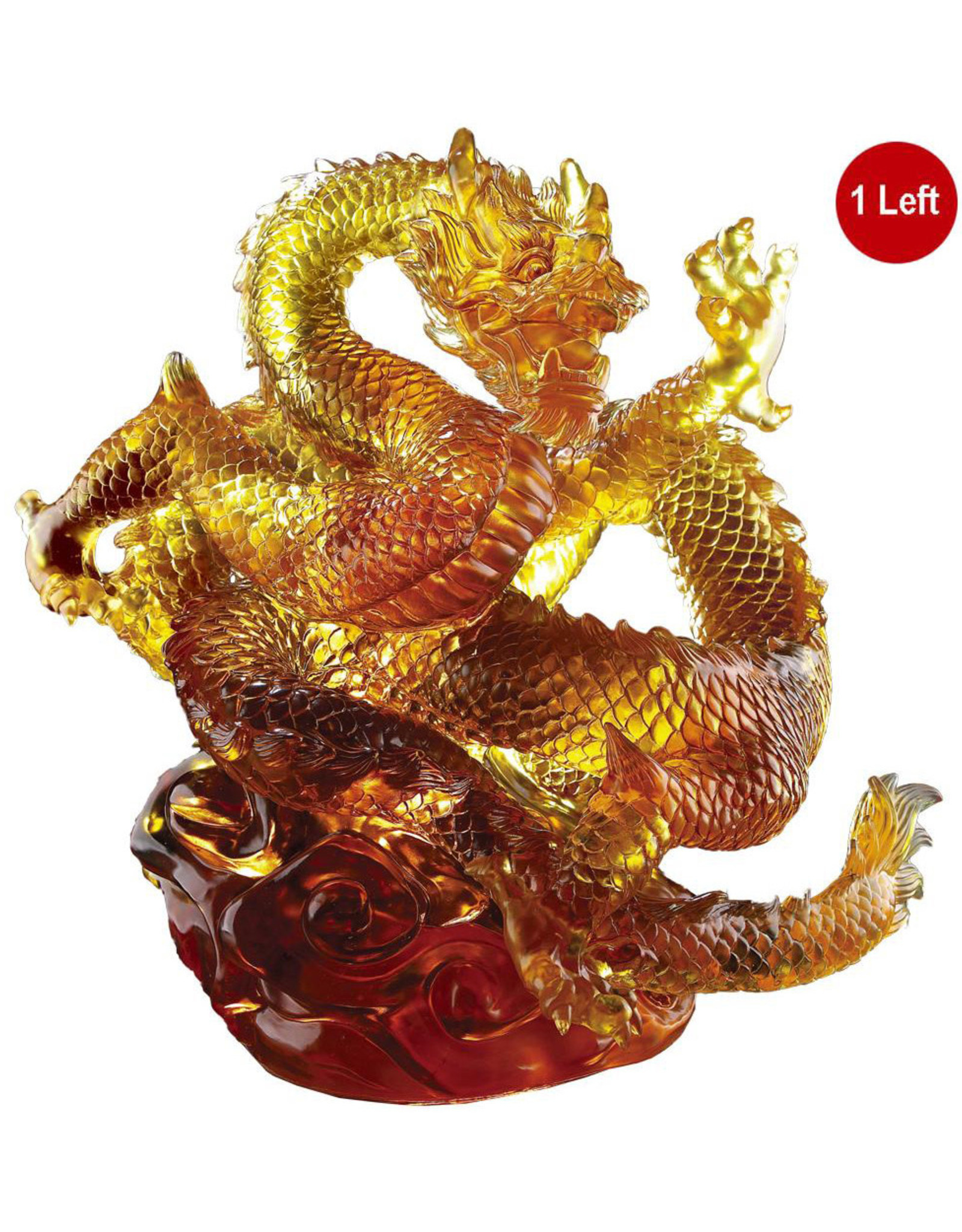 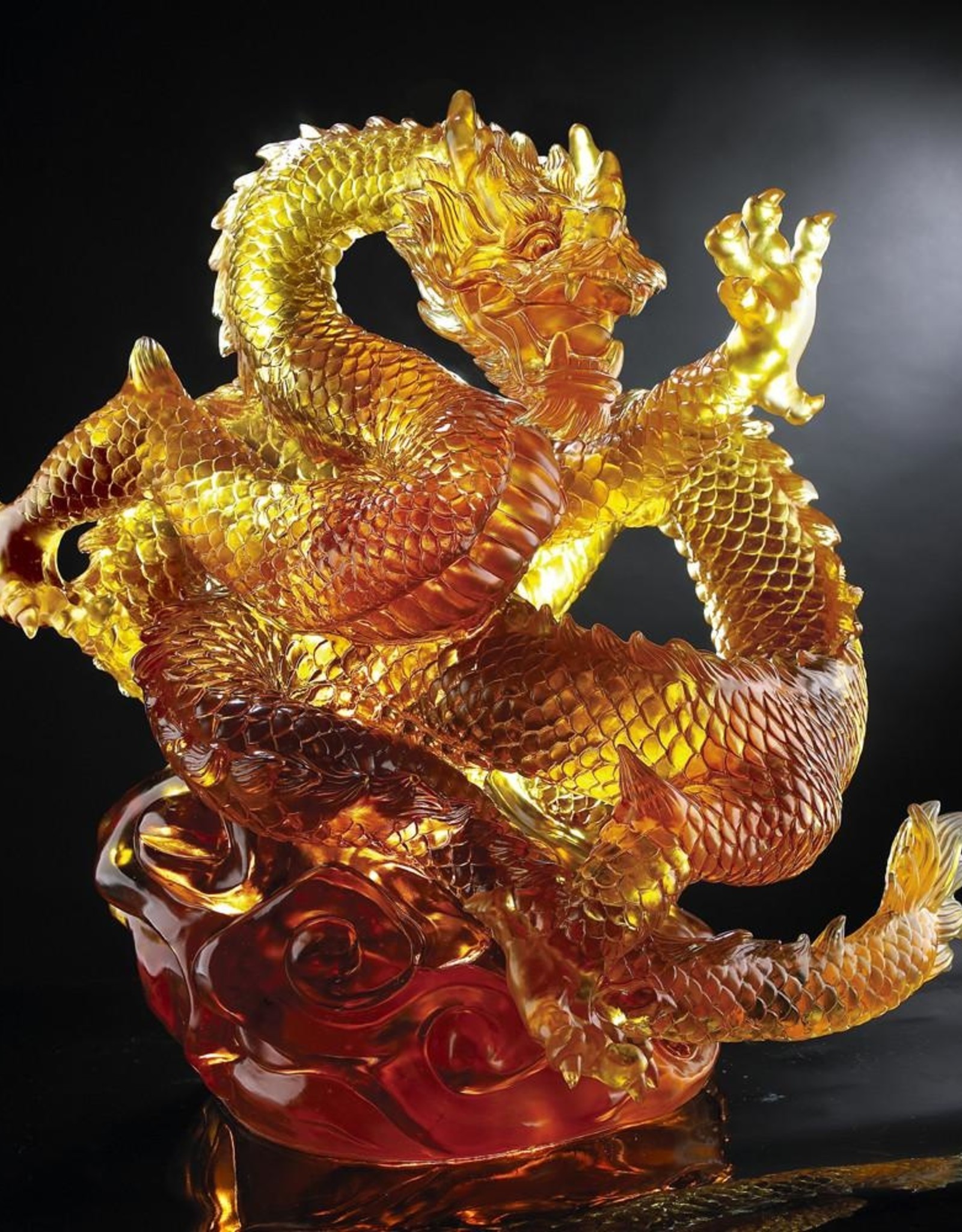 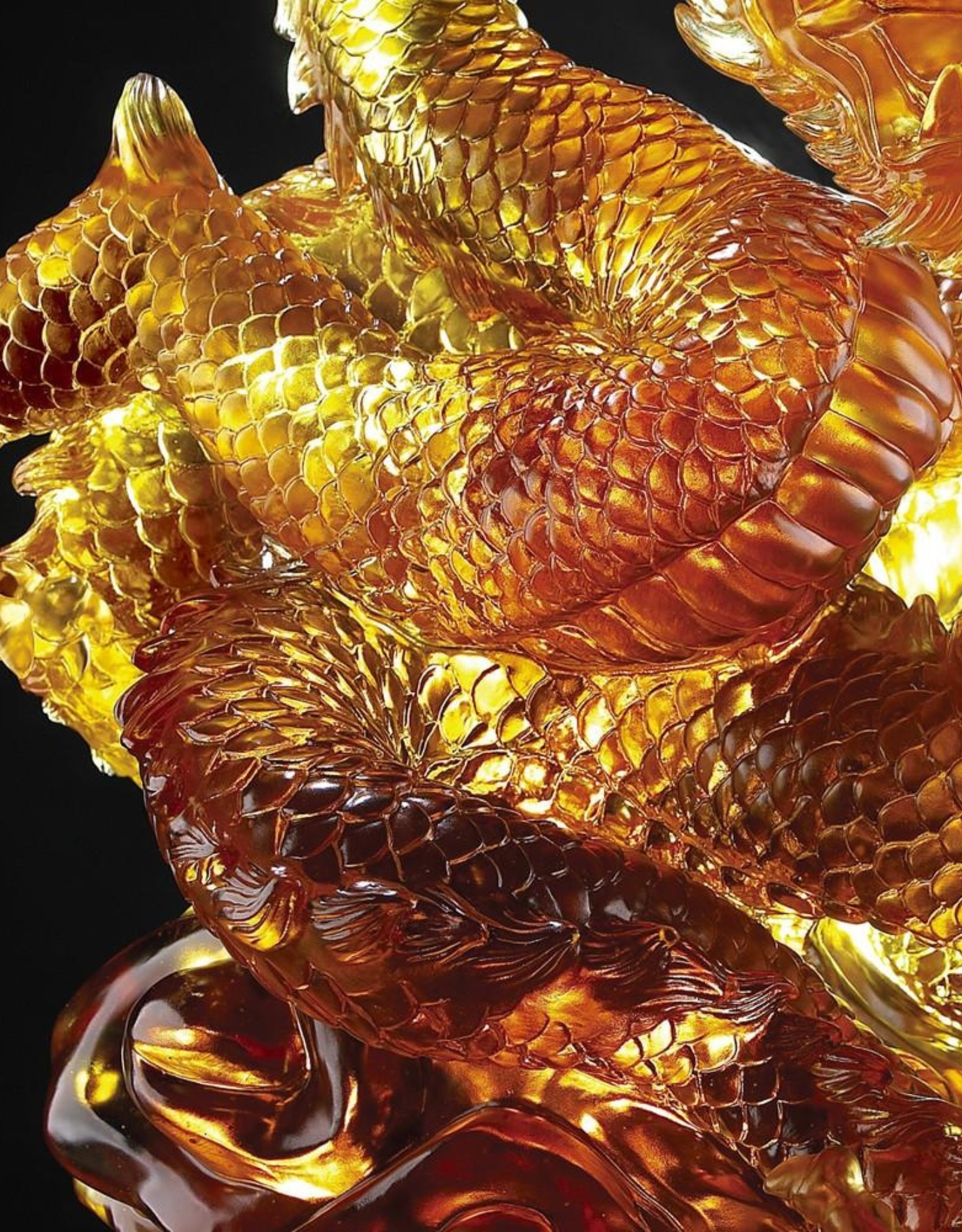 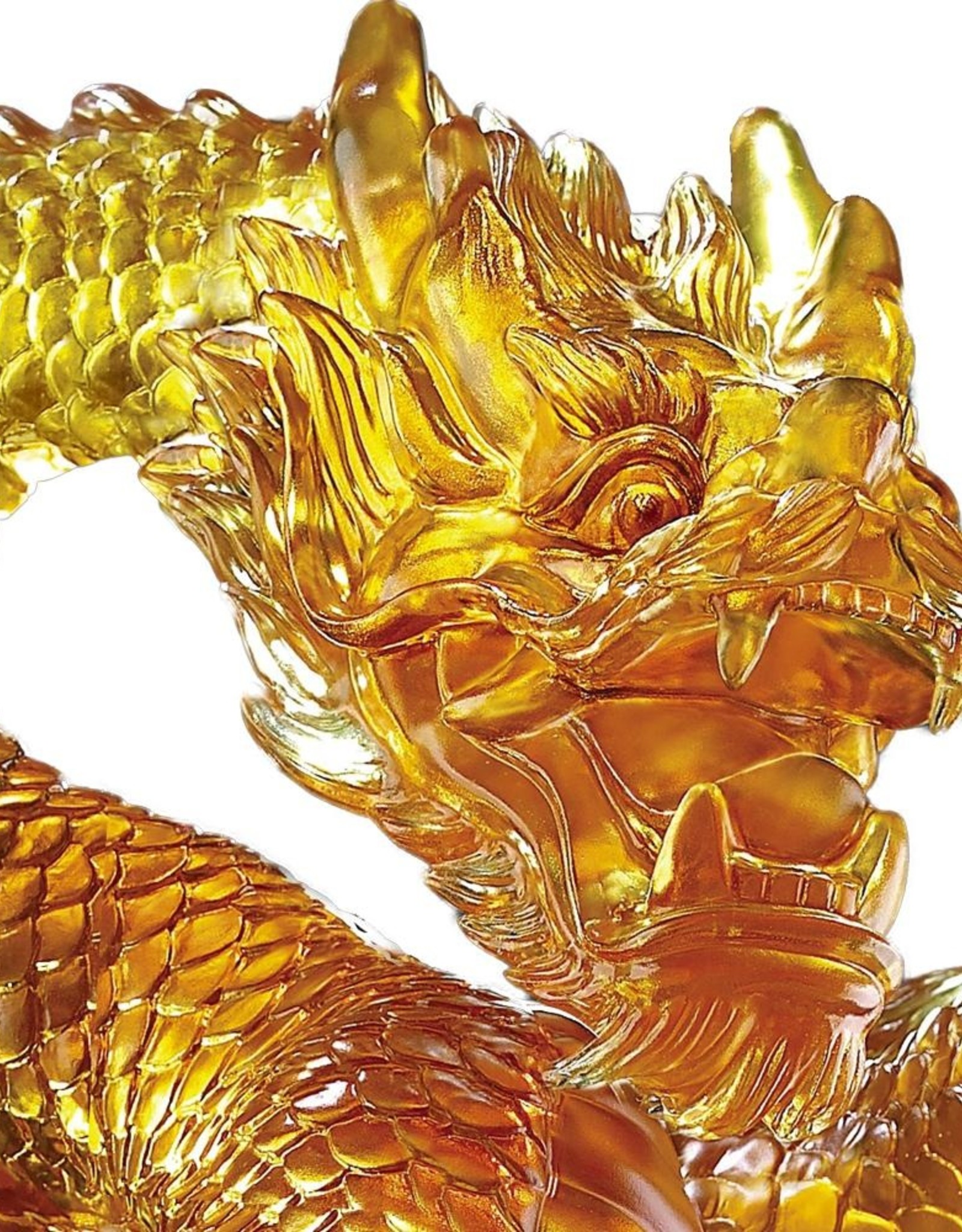 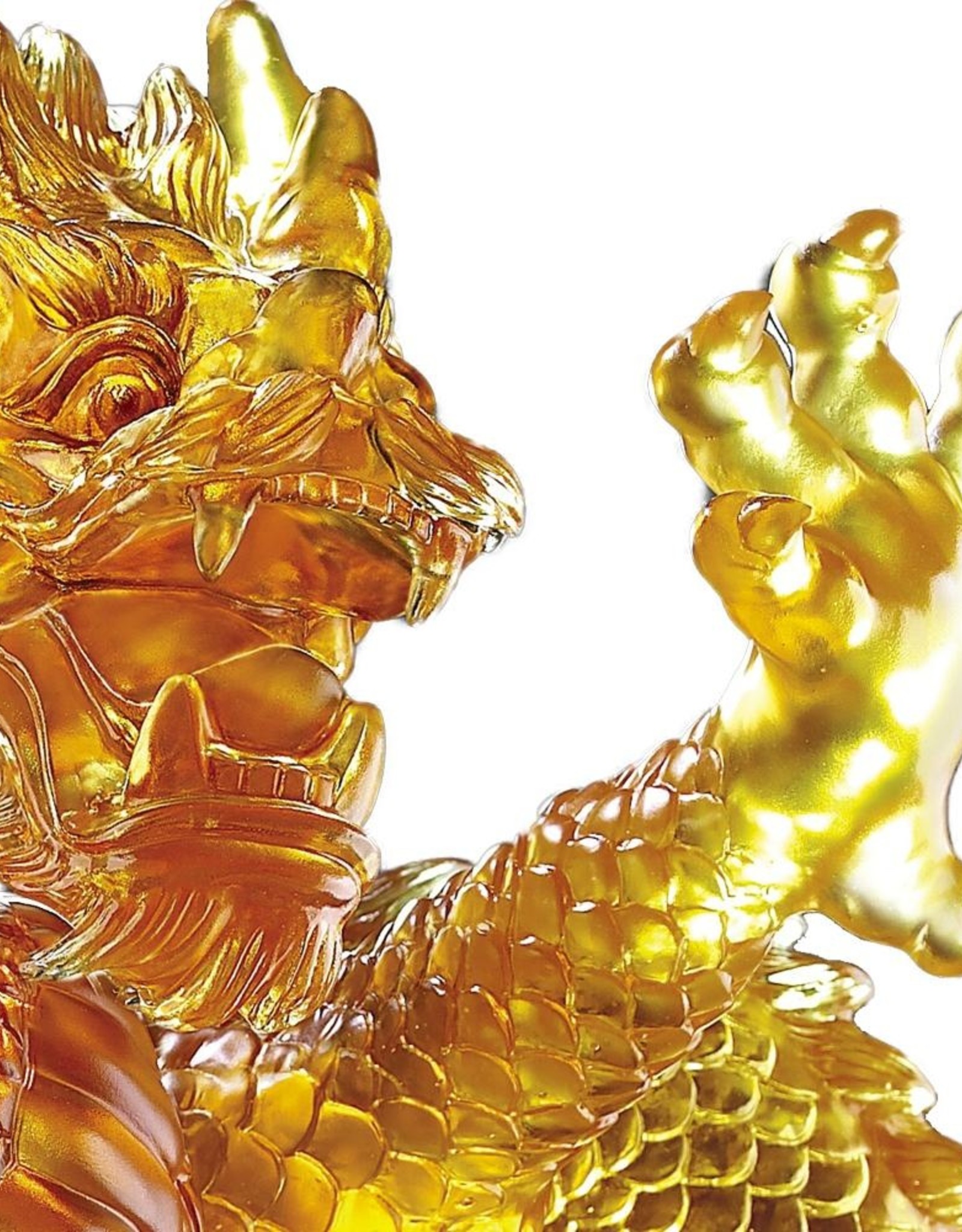 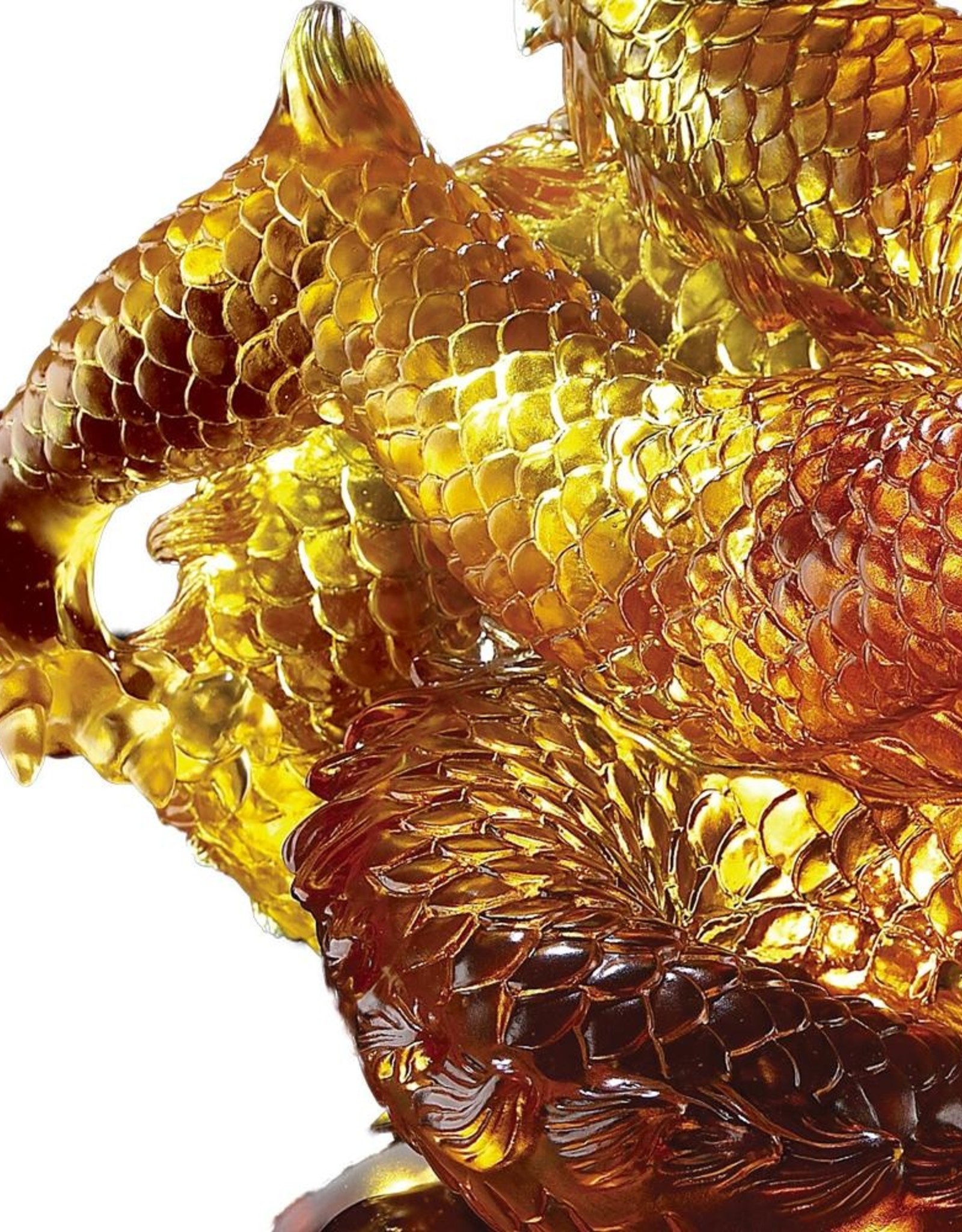 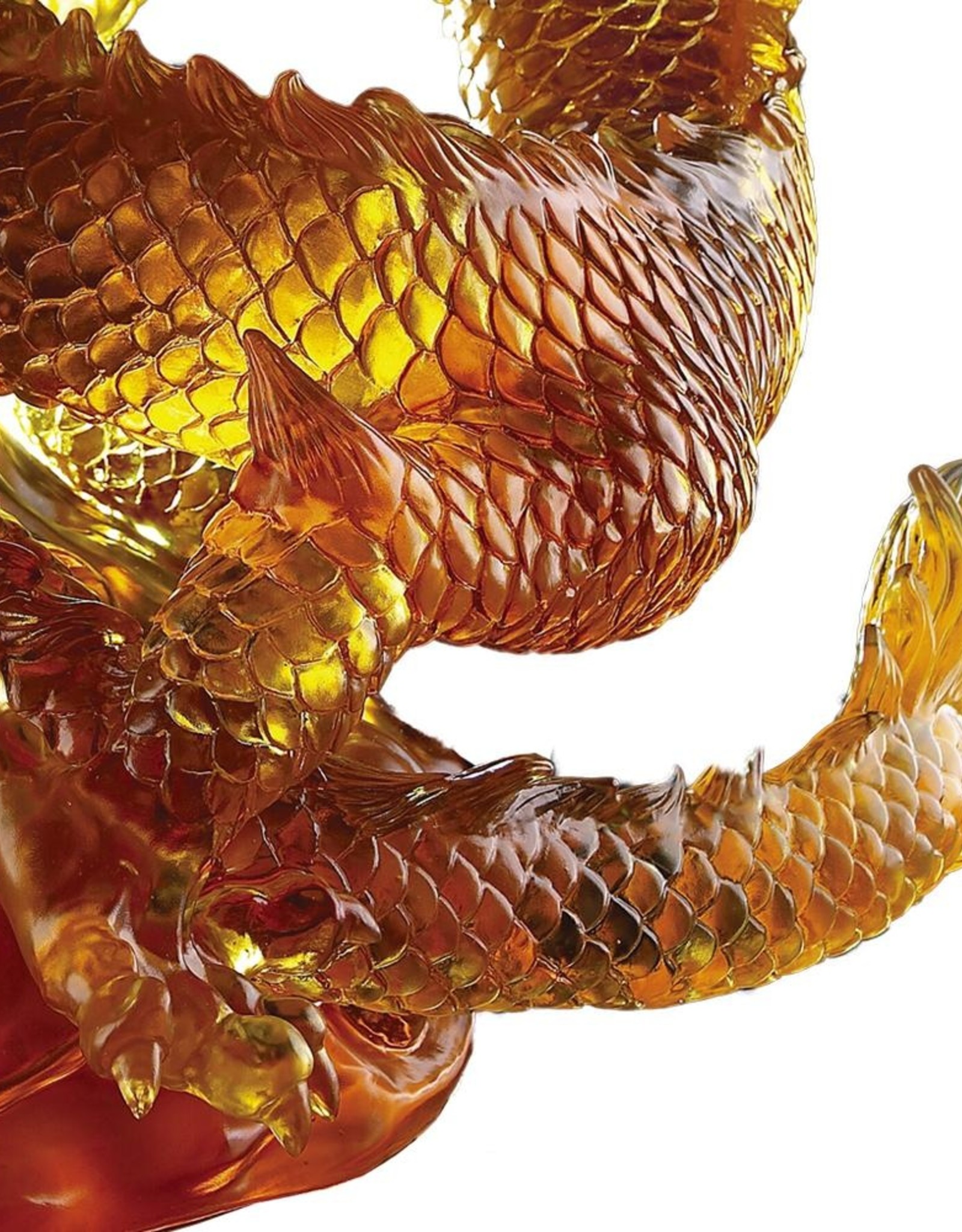 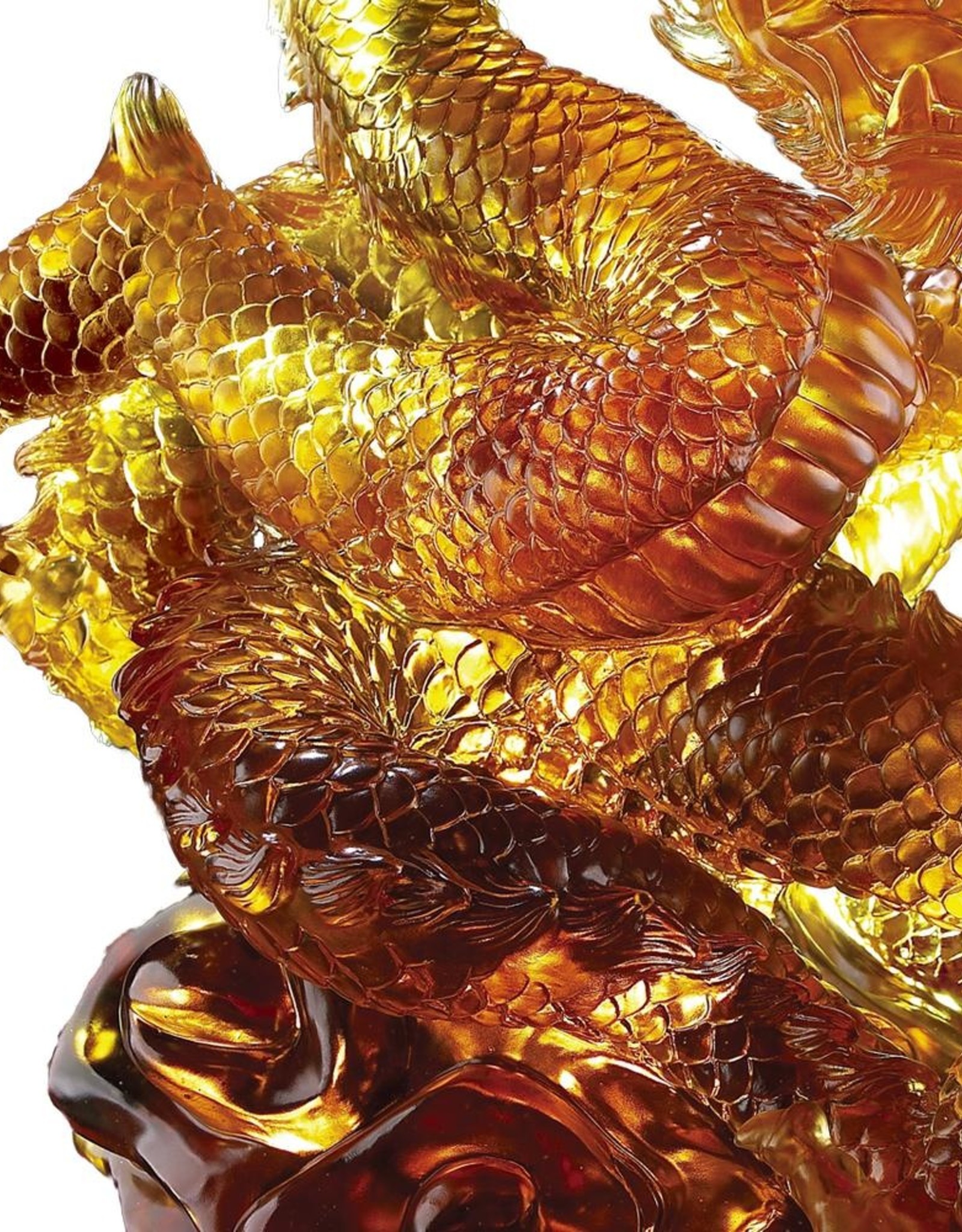 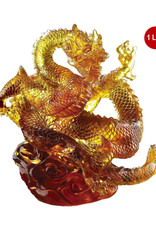 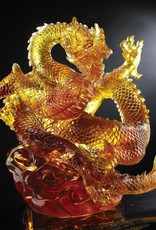 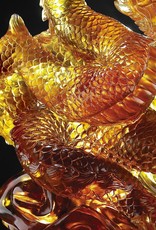 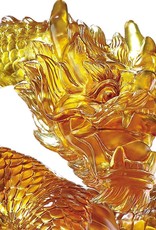 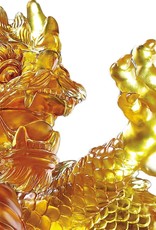 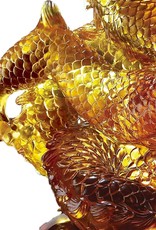 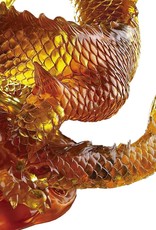 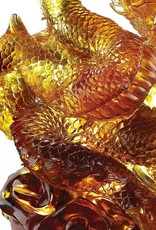 Crystal Dragon - "An Overwhelming Force from the East"

The grandest design from 2012, Year of the Dragon, by Loretta H. Yang and our artists at the LIULI studio. This immense sculpture, over half a year in the making, uses tremendously fine detail and underwent over forty percent failure rate when firing in the kiln. Pouring together the efforts of over a dozen artists and laborers, this crystal glass dragon was designed to express might, courage and nobility in a way no other dragon could. Sumptuous golden amber colors are used to amplify light for a resplendent look. Its arms reach out to the heavens and the Earth in a way that speaks, “My power is the sky and ground combined—my strength is unlimited."

The Collection: Arising from the East (The Dragon)

In Chinese legend, the dragon rises to heaven in the spring and submerges underwater in the fall. With the power to summon wind and rain, it encompasses the Chinese philosophy of mortal and celestial worlds united.

Vigorous, vital, progressive with unbridled might, the Chinese dragon is unstoppable and fearless. The moniker “dragon amongst mortals” is often used to describe an individual of exceptional character.

This design in amber depicts a divine dragon waking to the easterly winds. It opens its jaw and stretches its claws with distinction, adding vitality to the piece, forming a dragon that possesses an unfaltering spirit that can move mountains.

Pate de Verre is used to create the complex layers and sculptural details seen in this design. Echoing the traditional Chinese auspicious cloud motif, the dragon rises up to the Nine Heavens. A dragon flying through the skies symbolizes the absolute zenith: may all dragons amongst mortals inspire and be inspired.

Delivery will be secured and will take approximately 4-5 weeks. 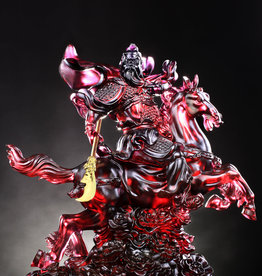 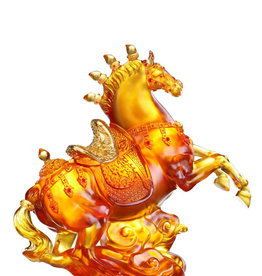 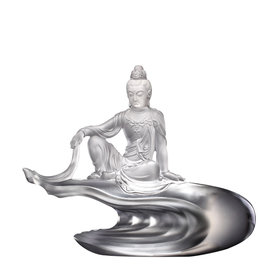